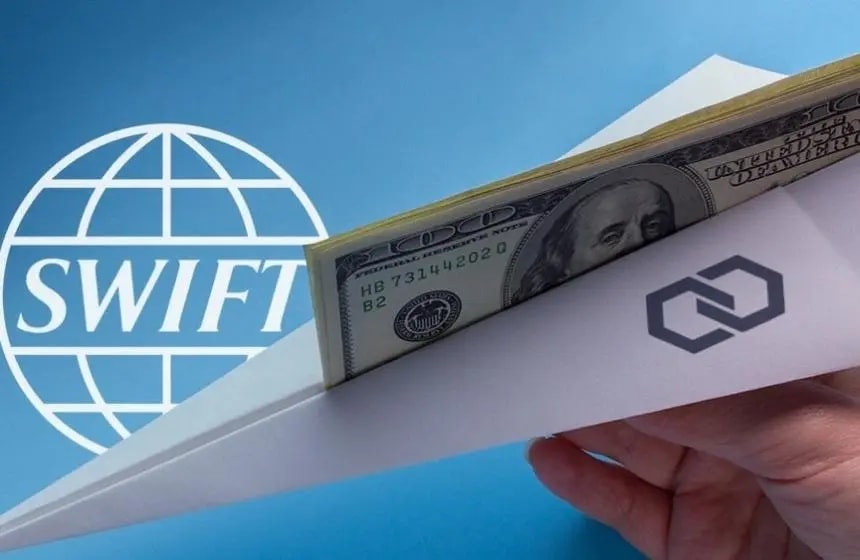 What is a SWIFT money transfer?

Swift money transfer? Countries have sought safer and safer ways to transmit payments between banks in the age of global trade. International transactions frequently necessitate the use of networks and intermediaries. The organization name that allows global interbank financial communications is the SWIFT Banking System.

Banks may now send and receive money more easily and securely among themselves, thanks to the launch of SWIFT. SWIFT is nothing better than a messaging system between banks.’ Payment instructions are sent electronically from the payer in a SWIFT transaction. Depending on the process, funds will be transferred between Nostro and Vostro accounts.

If a bank wishes to do international business, it will typically create a Nostro/Vostro account with another bank. Both the Nostro and Vostro accounts keep track of the money deposited. Therefore, both banks retain two identical ledgers.

What is the process of SWIFT money transfer?

The SWIFT protocol is used to send money between banks. When a SWIFT communication is received between two banks connecting, the transfer occurs (commercial accounts). Money is transmitted from one account to another using a retail version. The banks charge a fee. If the two banks do not include a connection, an intermediary bank will help them. The intermediate bank will also be charged a fee. If more than one bank is involved in the transaction, one of them will swap the currencies.

SWIFT was created to help banks communicate more quickly, securely, and effectively in its initial form. Particularly when it comes to global money transfers. Because SWIFT is a bank-to-bank messenger, the word “communicate” is always used. Instructions on processing the payment are transmitted to the receiving bank via this message.

All banks involved in SWIFT transfers will transfer funds from one account to another using an underlying network of Nostro and Vostro accounts. It’s a term that refers to bank accounts that are only utilized for SWIFT transactions.

Both banks can make SWIFT transfers directly and instantly when dealing with the Nostro and Vostro accounts. When banks do not have this relationship, SWIFT must figure out how to pass messages. A SWIFT transaction can commence as soon as the two institutions find a correspondent bank with which they have a commercial connection. When more intermediate banks are involved in a payment, you will be charged more. In addition to taking longer to send, additional people are involved, increasing the risk.

The International Organization for Standardization established this internationally agreed-upon method in 1997. (ISO). According to the current ISO standard, IBANs can have up to 32 alphanumeric characters, including:

The IBAN identifies the specific bank involved in the transaction and identifies the individual bank account. Banking customers will be assigned a unique IBAN for each account they hold at an IBAN-supporting bank as a result of this.

You should be able to encounter your IBAN on your account if you are a banking customer in a nation that uses it. If you can’t find your IBAN, you can ask your bank for it. You’ll need your IBAN to receive international transfers, but you won’t need it to make transactions or withdraw money.

In Europe and the European Union, the IBAN is primarily used. Although neither the United States nor Canada uses IBAN, both countries recognize the system and handle IBAN payments when dealing with foreign transactions.

SWIFT Business Identifier Codes (BICs) only offer the bank branch information, unlike IBANs, which indicate the specific bank account for the transfer destination. A SWIFT BIC is created up of eight to eleven alphanumeric characters, which include the following:

While IBAN is similar to the routing and account numbers for a single bank account, SWIFT is more of a messaging system used by banks to exchange transfer information. If the sending and receiving banks have a relationship, the money will be transferred when the receiving bank gets the SWIFT transmission. Both banks, on the other hand, will charge a processing fee. The receiving bank may also charge a foreign exchange fee.

SWIFT will still facilitate the transfer if the two banks do not have a direct commercial relationship. Still, it will have to go through an intermediary bank (also known as a correspondent bank).

In this situation, the sending bank will debit the sender’s account and send the funds to an intermediate bank with a direct commercial relationship with the receiving bank. This “financial layover” in the intermediary bank slows down the transfer process and may also increase the fees. The intermediary bank will often charge a fee for arranging the transaction between two unconnected banks.

How much period does it take to transmit through SWIFT?

You must fill in the beneficiary’s information in a form, such as a bank account number, postal bank address, and SWIFT code. The payment will be debited from your fund and credited to the foreign bank account 48-72 hours after this is completed. If your bank accomplishes not offer this service, you can obtain a demand draught and deliver it to another bank.

What information do you need to make a SWIFT transfer?

To use SWIFT to send money internationally, you’ll need the following information:

How do I track a SWIFT money transfer?

SWIFT has implemented new capabilities in which an MT message has a globally unique identifier that may be used to trace the exact status of your swift payment. It’s known as the SWIFT GPI reference. You can trace your message by contacting the bank that serves as your payment service provider.

SWIFT is a Belgian cooperative corporation owned and controlled by its shareholders (financial institutions), who represent roughly 3,500 companies from around the world. The shareholders elect a Board of 25 independent Directors, who represent banks from across the globe, to govern and monitor the Company’s operations. The Chief Executive Officer leads the Executive Committee, the full-time staff.